The flood in Accra has been a perennial issue which many governments have tried to solve but to no avail. Parts of Accra still get flooded after heavy downpours. Property and sometimes lives are lost due to flooding in Accra. There are certain areas within the Greater Accra region where you can escape the worrisome issue of flooding in Ghana. However, some other areas are flood prone.

Flood-Prone Zones in Accra : Due to the geographical nature of the Greater Accra Region, some areas are more prone to flooding than others. If you have ever stood at the Aburi mountains and looked over Accra, you will notice that the majority of the land is flat with a few ridges and valleys. This geographical nature is what makes some areas more prone to flooding than others.

Here is a list of some of the flood-prone areas in Accra:

If you ever decide to buy a house in Accra, you should do your checks to ensure that it is not built in any waterway and does not get flooded during heavy rains. The Accra Metropolitan Assembly has also highlighted a few flood prone areas as well as safe havens in Accra that do not get flooded. Whenever there is a heavy downpour and you need a safe place to reside, you can always check out one of these non-flood-prone areas.

The government of Ghana is putting measures in place to greatly minimise the flooding issue in Ghana and, eventually, make Accra a flood-free city. All things being equal, we also have the responsibility of checking any building we want to rent or buy to make sure that it does not get flooded during a rainstorm. What do you think about the flood situation in Accra? Let us know in the comments below.

WHAT YOU NEED TO KNOW & AGREE TO BEFORE SITE VIEWING 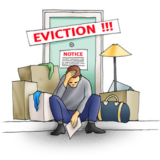 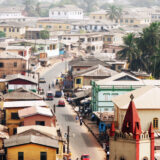 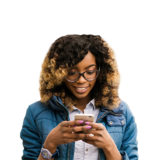 HOW TO RENT ON SIKADAN HOMES

Talk To Our MD:

Alternatively, you  can submit your concern, complaints & suggestion directly to the Managing Director: justice@sikadanhomes.org